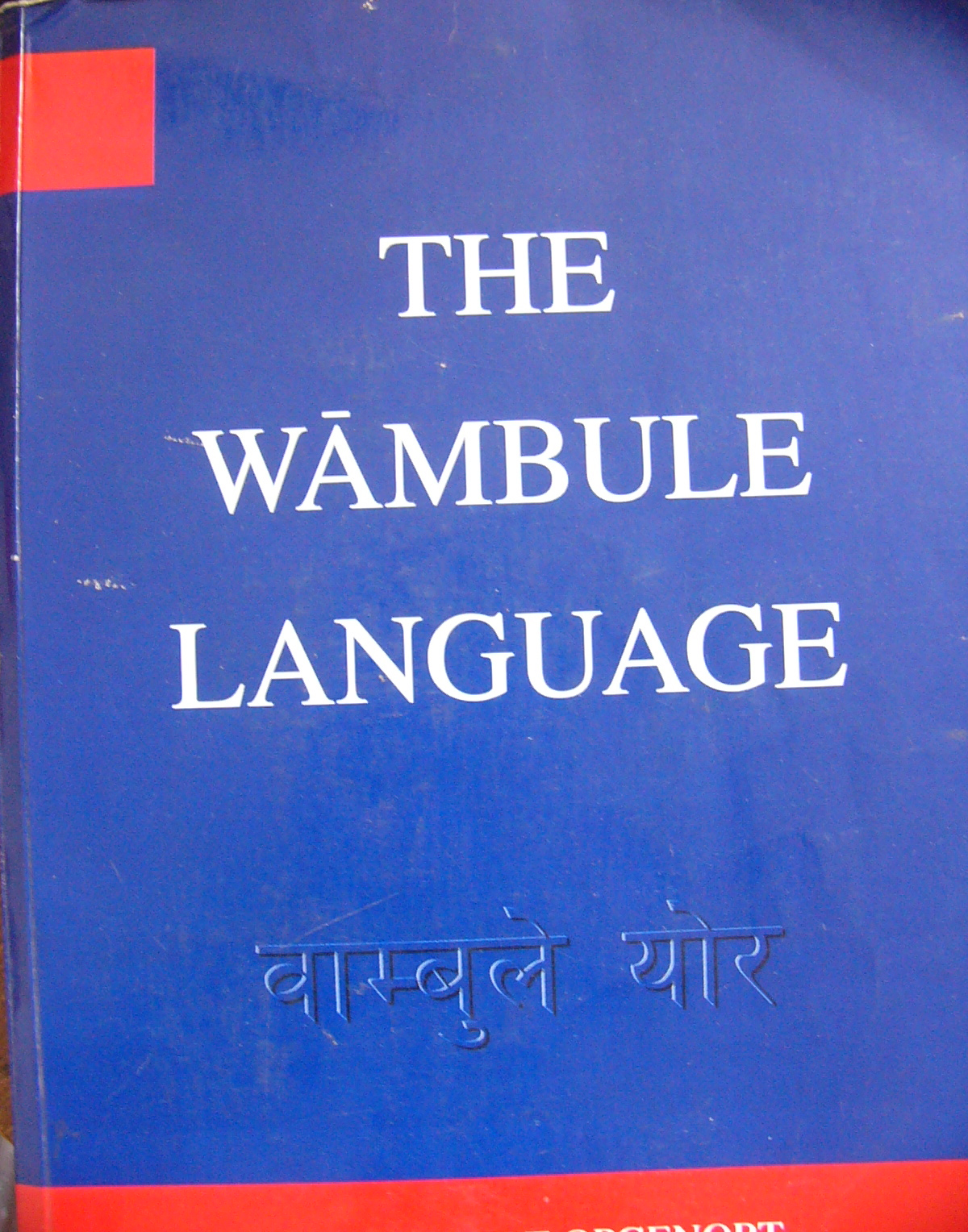 The Wambule language and its Sociolinguistic situation[1]

[1]   This paper is based on the sociolinguistic survey carried out by Linguistic Survey of Nepal (LinSuN), Central Department of Linguistics, Tribhuvan University. I would like to remember late Dr. Laxmi Raj Pandit who passed away last month because of COVID 19. He was my co-fieldworker during this survey.

Wambule is an ethnic nationality of Nepal belonging to the Rai-Kirati group. They have their own indigenous culture, language and identity. The term Wambule refers to both the ethnicity and their language. In the literature, there are found a number of other terms like Ambule, Caurasia, Chaurasia, Chaurasya, Ombule, Tsaurasya, Umbule, VambucaurasRaduyor, Vambule, etc. (Eppele et al. 2012) used to refer to the people and their language. Traditionally the Wambule people used to be called Chaurasiya which is the adjectival form of Nepali number 84 (tˢʌurasi). It is because the Wambule speaking areas used to belong to the district no 84 in the traditional administrative division of Nepal. But the term didn’t only refer to Wambules but also to Jeros who reside adjacent on the South-West of the Wambule residing areas. Both of the communities are very close to each other linguistically and culturally as well. Hodgson (1857) used the term covering both of the communities and recorded the first wordlist of the language under the term Chaurasiya (van Driem 2001).

In our study, we found that they preferred to call themselves wambule or wɔmbule and they have negative feeling towards the other terms used in the literature. We could not identify whether they have clans or not.

van Driem(2001) has stated that the Wambule residing area is the area around the confluence of the DudhKoshi and SunKoshi which extendsover the South-East of the Okhaldhunga, South-West of the Khotang and North-West of the Udayapur districts. Eppele et al. (2012) states that Wambule language is spoken in southern most Okhaldhunga. Our study reveals that van Driem is more accurate about the Wambule residing areas and Eppele’s finding is incomplete. In our fieldwork, we could find Wambule residing areas in the Sindhuli district too. There are some Wambule settlements in Ratnawati VDC in the North-East of the Sindhuli district.

The people call themselves Wambule and their language Wambule Yor or Wambule bhasa or Wambule kura. None of the respondents used other terms to refer to their language. The endonym and the exonym of the language are also the same in most of the cases but some people use Chaurasia as exonym. According to the CBS report of Nepal (2011), there are13470 native speakers of the language.

Wambule is a Western Kiranti language under the Himalayan sub-branch of Western Tibeto-Burman branch of Tibeto-Burman language family. The closely related languages to Wambule are Bahing, Sunwar and Jero (Bradley, 1996). Eppele et al (2012) is based on Bradley (1996) and has same classification. The genetic classification of Wambule has been presented in Figure 2.

The language has a distinct phonetic/phonological identity because of the unique sounds available in it. The implosive sounds like [ɓ], [ɗ ], [ɠ ] which are very rare in the languages. There are likely to be other unique sounds which are to be investigated.

For the purpose of identification of the different dialects of the Wambule language, we carried out dialect mapping at four survey points: Hilepani, Udayapur, Unbu and Gerudanda, and tried to find out an overall impression of the distribution of the Wambule varieties spoken. Dialect mapping at Hilepani showed that Wambule is spoken in Hilepani, Udayapur, Unbu, Waksa, Richuwa, Jakma, Sokmatar, Thumki, Jhappa and Dikuwa villages in the areas near the confluence of Dudhkoshi and Sunkoshi Rivers. The people identified three varieties of Wambule. The first variety is spoken in Hilepani, Thumki, Jakma and Sokmatar, second variety is rather large and spoken in Udayapur, Richuwa, Jhappa and Dikuwa. Similarly the third variety is spoken in Unbu and Waksa. 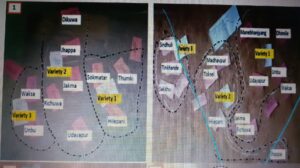 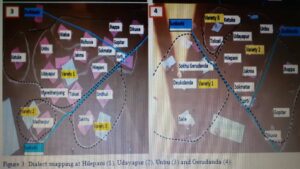 The wordlists collected from five different survey poits: Hilepani, Udayapur, Unbu, Gopitar, and Gerudanda were compared and the summary of the comparison has been presented in Table 3.

Based on the dialect mapping and the lexical similarity comparison, we have grouped the variations found in the language into groups and sub-groups as presented in Figure 4.

2.2 Patterns of language use

Wambule community is a bi/multilingual community as we could not find monolingual speakers of the language. Wambule and Nepali are the major vehicles of communication in the community and the use of other languages is negligible. Wambule is the first language of the Wambule community and they acquired Nepali as the second language but nowadays there are found a number of youngest generation people whose first language is Nepali and acquired Wambule as the second language or do not speak Wambule at all. This situation is mostly found in the areas which are quite far from the major Wambule residing areas like Gerudanda.

The degree of use of Wambule seems to vary according to different locations because language retention is not even in all the Wambule speaking areas. Table 4 presents the use of Wambule in general domains of language use at different survey locations.

Table 4: Use of Wambule in different domains by locations

The use of Wambule is very prominent in the domains like joking, debate, quarreling, abusing, telling stories to children, family gathering and village meetings. Its use in the domains like counting, singing and story telling is very low. It shows that the language is dominantly used in

2.3 Use of the language in interpersonal communication

The questions were asked to the respondents about the use of languages with their different generation family members like grandparents, parents, spouse and children while talking about education related topics and family or society related topics.Most of the respondents use Wambule with their family members in both educations related and society/family related matters. It indicates that it is a vibrant language used by all generation community people.

The Wambule speaking areas are homogenous settlements of the Wambule people so the children use their mother tongue in the society. They don’t have to use Nepali until they go to the school where the medium of instruction is Nepali and they meet friends from other speech communities. In Gerudanda the speech community is small although it is homogenous. So they have to come in contact with the members of other language communities.

As the Wambule settlements are homogenous, the children use Wambule with their neighbors. In Gerudanda the speech community is small and the other language speaking communities are around their community and the children have to communicate with them. So they have to learn Nepali from their childhood. Nowadays, because of the expansion of transportation facilities and different types of businesses, people speaking other languages are migrating into several traditional Wambule settlements and the number of heterogeneous settlements is increasing day by day. As a result, the Wambule children are bound to become bilingual from their childhood in the future.

In the schools the children are completely bilingual and use both Wambule and Nepali according to the situations. Nepali is the medium of instruction in the schools so the classroom language is automatically Nepali. Generally, the teachers and their friends are Nepali speakers so they have to speak Nepali. Even the Wambule teachers don’t speak Wambule at school.

So Nepali is the main language the children at schools. In the lower classes they use Wambule with their friends for some extent but in the higher classes the use decreases gradually. Most of the teachers in the schools are from other parts of the country and don’t speak Wambule and the students should speak Nepali with them. Similarly, while talking with the Wambule speaking friends mostly they use Wambule. Some times they use Nepali based on the situation and the topic of discourse.

2.4 The language of wider communication and its use

All the respondents identified Nepali as their Language of Wider Communication (LWC). They use Nepali with all the outsiders. There are not monolingual speakers of the Wambule language. The situation was same at all the survey points regardless the gender and age. The use of Nepali was found to have slightly determined by the educational level of the people. The people with higher education use Nepali more often than the people with lower education or the illiterate ones.

All of the respondents love their language and want to promote it and expand its use in different domains of language use. So different ethnic and social organizations are working very actively for the promotion of this language. Because of the high level language loyalty and the attempts for language promotion, use of the language in the intracommunity activities and the intergenerational language transmission are vibrant. The young people are writing in the language in the different genres of literature to enrich its literature.

Vast majority of the respondents in all the survey points preferred Wambule to make the medium of instruction in the primary level. A limited number of people preferred Nepali and in Hilepani some preferred English too.  It shows that people influenced by the modern world prefer the languages of wider communication. But nowadays people have become identity conscious and regard the mother tongue as a symbol of identity. So they prefer mother tongue although they are influenced by the modern world.

The Wambule language is the native language of the Wambule Rai community that belongs to the Rai-Kirati group of people. The confluence of the Dudhkoshi and Sunkoshi rivers extending over the South-East of Okhaldhunga, South-West of Khotang, North-West of Udayapur districts and the part of the Sindhuli district adjacent to that part is the Wambule residing area.

Genetically, it is a Western Kirati language that has close genetic relationship with Jero, Bahing and Sunuwar.

The language variation increases as par the geographical distance, the geographically closer varieties are closer to each other and vice versa. We simply classify them into Okhaldhunga, Kotang and Sindhuli varieties.

The language of wider communication is Nepali that they acquire as the second language. They use it with the out siders and in the external and official domains.

Hodgson, B. H. 1857. ‘Comparative Vocabulary of the Languages of the Broken Tribes of Nepal’ in Journal of the Asiatic Society of Bengal. XXVII: 393-456.

(Mr. Chalise is a Lecturer of Central Deparment of Linguistic, TU) 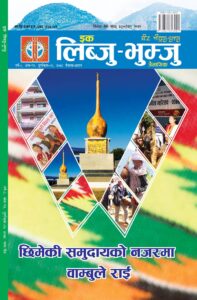 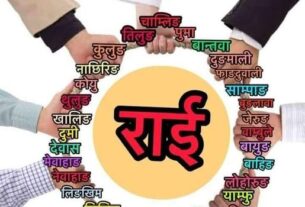 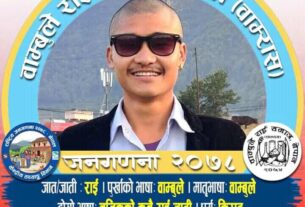